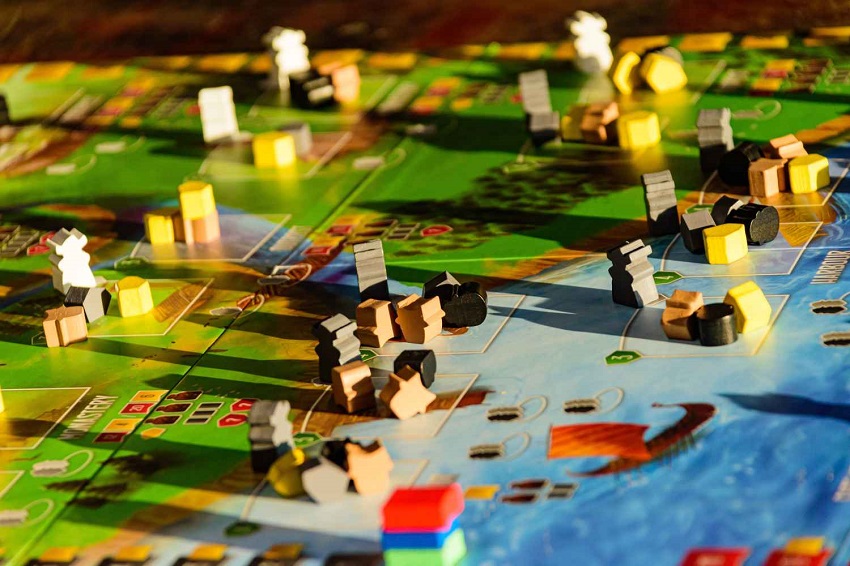 Designed by a former dental technician in Germany, Catan or ‘Settlers’ was a revelation for board games. The game consists of collecting resources, trading goods and building settlements and roads across the fictional island on the gameboard. Players can trade goods, wrestle for territory and roll the dice to gather resources and build a civilization from the ground up. Catan was unlike any other tabletop board game when it was released in the mid-90s – and since then, it has become a true classic. As of 2020, Catan has sold more than 32 million units in 30 different languages, making it one of the best-selling board games of all time. As reported by real money casinos.

Pizza Party is your typical memory game with a tasty twist. Parker Brothers originally released Pizza Party in the late 80s, although the game was more popular among 90s kids, and marketed toward the younger players of the generation. Up to four people can play this simple memory game where the players flip over ingredient discs in an attempt to fill up all the topping slots. Think classic pizza fixings like pepperoni, mushrooms, green peppers, and onions. Win or lose, Pizza Party gave you a strong hankering for a pizza post-game.

This is one of those board games from the 90s that a lot of kids didn’t really know the rules to, but remained fascinated by. Zandar is kind of like a talking Magic 8 Ball. Players draw a question card and guess whether Zandar will answer positively or negatively. If the fortune-seeking players guessed Zandar’s prediction correctly, they could take a gem of their color. The weirdest thing about this game (aside from the talking wizard) is the question cards. Some of the darker questions include, “Will aliens kidnap me and make me their queen?”, “Will I invent chocolate flavored liver?” and “Do I have an evil twin?” among plenty of light-hearted questions like “Will I get an A+ on my next test?” and “Will I get a new pet?” The prize for winning the game is to have a special fortune read by Zandar.

Cranium is the all-in-one trivia game that blends art with common knowledge, offering up one of the best board games for players looking for a little light-hearted fun. Cranium combines other throwback games like Trivial Pursuit, Pictionary, Rapidough, Scrabble-style puzzles, and Charades. On your turn, you could be guessing anything – from which object your teammate is sculpting out of clay, to decrypting a scrambled word or trying to guess which song your teammate is whistling. Remaining extremely popular, it has helped win the developer over 130 awards. Want to know more about Board Games and online games, uk online casino games

Mall Madness absolutely radiates 90s culture. This original shopping-themed board game by Milton Bradley was released in 1988, but the game spiked in popularity in the early 90s after the electronic talking version came out in 1989. The goal of the game is to collect all of the items on your shopping list from 22 stores, including I.M. Coughin Drug Store, Sunglass Boutique, Aunt Chovie’s Pizza, 2 Left Feet Shoes, and then make it back to the car. Mall Madness is one of several board games from the 90s that made it past the decade. The game was redesigned multiple times in its 33-year history, including special-edition Hannah Montana and Littlest Pet Shop versions, but it was off shelves for over 15 years before the latest version was released in 2020.