How to choose an audio amplifier, know which is better 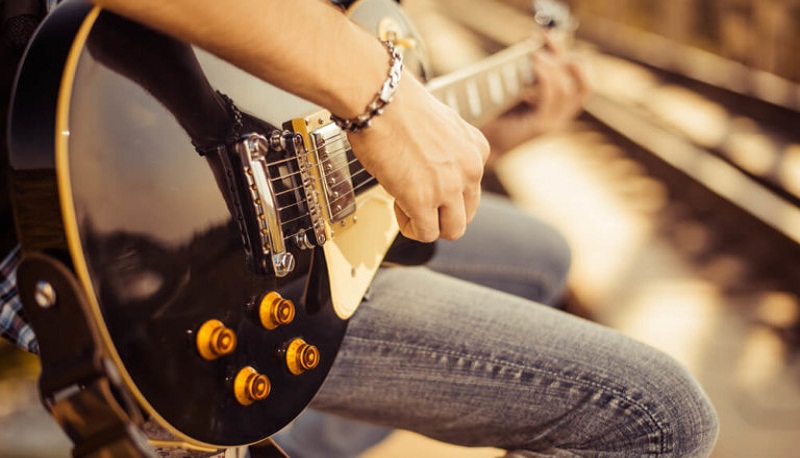 If you are a guitarist or bass player and you want to always have the best sound. You must know how to choose an audio amplifier that gives you quality and power.

For any musician who plays string instruments. The audio amplifier is an indispensable element that defines a large part of the sound. Imprinting the tone and power desired to your notes and chords.

It is very likely that, on more than one occasion, you have asked yourself how to choose an amplifier. And for this, it is important that you know its components, types. And in what aspects you should look at when making the decision.

Basically, the audio amplifier is used for electric instruments -such as guitars or bass guitars- to project their sound. Something for which a series of elements is necessary. So -to make an intelligent decision- it is best that you know in detail how these teams are made up.

Elements of an audio amplifier 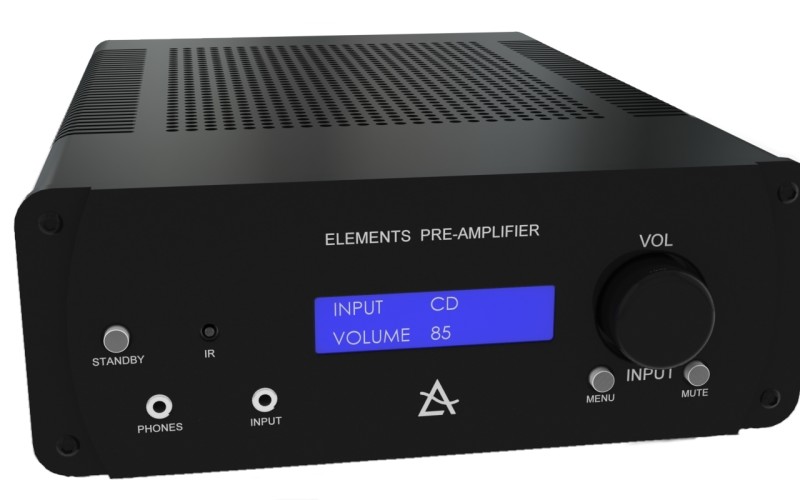 An amplifier is a device that amplifies sound waves, allowing different variables to be adjusted to achieve the sound that the player wants. Broadly speaking, there are three essential elements for these equipment to work: amplifier, power stage and speaker or speaker.

Not all amplifiers have the three elements: some only have the amplifier and power stage, so an external speaker must be connected to be heard.

The teams that have all three elements are called combos . If you only have the first two, it is called head . The combo mode integrates the three functions, while -if there is a head and speaker separately- the sum of both is known as the stack mode . There is a third modality: rack , which consists of having the three stages separately (something often used by the most fussy professional musicians).

Each modality has its advantages and disadvantages. While the combo is easier to transport and you do not have to complicate connections, the stack and rack modes allow you to have a finer sound. As well as being able to alter the elements to obtain different results.

Now, every amplifier has three stages in terms of processing and sound projection:

Amplifier: is the first stage of the audio amplifier, where the input sound (the one coming from the guitar or the bass) is processed to give the final tone as a result.

Power stage: this is where the previous signal rises and acquires the necessary power to be projected by the speaker.

Speaker: also known as a speaker, is the element that outputs the audio processed in the previous stages. The final audio depends to a large extent on its quality, which is why it is as important as the first two stages.

As a musician, you will always have the need to experiment. So you should think about how you will use the amplifier.

A common amplifier consists of a single input -processing and audio output-. But there are stereo amplifiers that incorporate more. But what is a stereo amplifier? It is a type of equipment with two or more channels instead of one. So it has two or more audio inputs and independent volume controls for each.

The advantage of having a stereo amplifier over a mono is the versatility: while in one channel you can have a clean sound. In another you can have an overdrive sound, with other effects or reinforced in certain frequencies (depending on the equipment).

Now that you know what a stereo audio amplifier is and the difference with a mono. You can get an idea of ​​the type of equipment you need. But that’s not all: there are more variants that you should know. 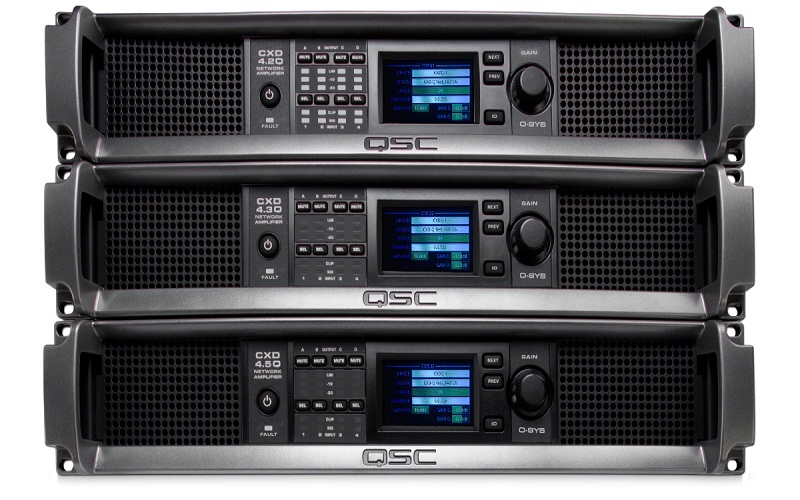 The amplifiers are divided into two basic types: valves and transistors, and both differ in the power and fidelity of the final sound.

The Alar amplifiers work processing the input signal through the filaments of vacuum tubes (also known as tubing). Which -to generate sound- must be at temperatures above 100 ° C.

When amplifying an instrument with equipment to tubes, the sound that is obtained is of high quality.  And the power is considerably greater than that of the amplifiers of transistors with the same watts. Therefore, an audio amplifier with 30-watt tubes can easily “devour” a transistorized 100 watts.

The problem is that these equipment are more expensive, heavy and delicate, so they require more maintenance. In addition to always have to warm up before you start using them (turn them on a couple of minutes before touching).

Transistor amplifiers have the quality of being cheaper and more resistant. And they can integrate effects in the same amplifier.

There is a third type: hybrid amplifiers . In them, the ampere stage works with valves. While the power stage is based on transistors.

Characteristics of an amplifier 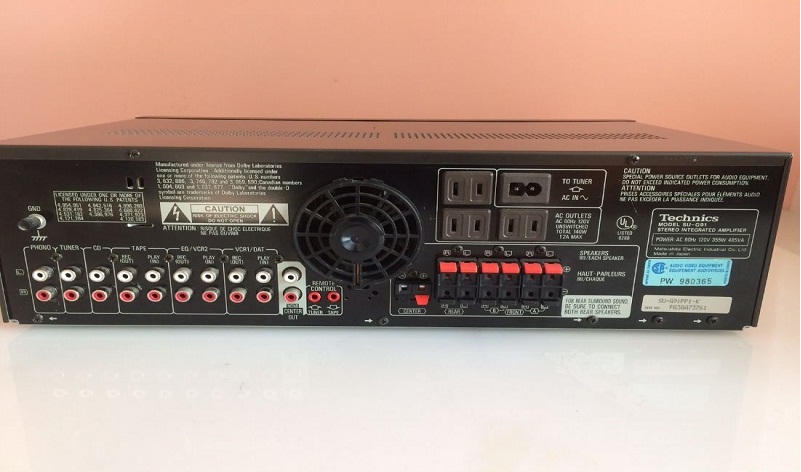 Other aspects that you should know about the amplifiers are the following:

How to know the power of an audio amplifier and which one do you require? In the specifications of the amplifier will be indicated the amount of watts it offers (usually in the back panel), which will depend on where you are going to play. It is important to remember that a tube amplifier has much more power than one of transistors with the same watts. In other words, the tube amplifier sounds louder than a transistor amplifier in relation to the same number of watts.

Each amplifier includes a series of knobs thanks to which certain frequencies can be altered. These are divided into bass, middle and high, or low, mid and high respectively. In general, every amplifier comes with independent controls for each of these, being able to model the final tone to the musician’s taste.

How to choose an amplifier? The budget is the key 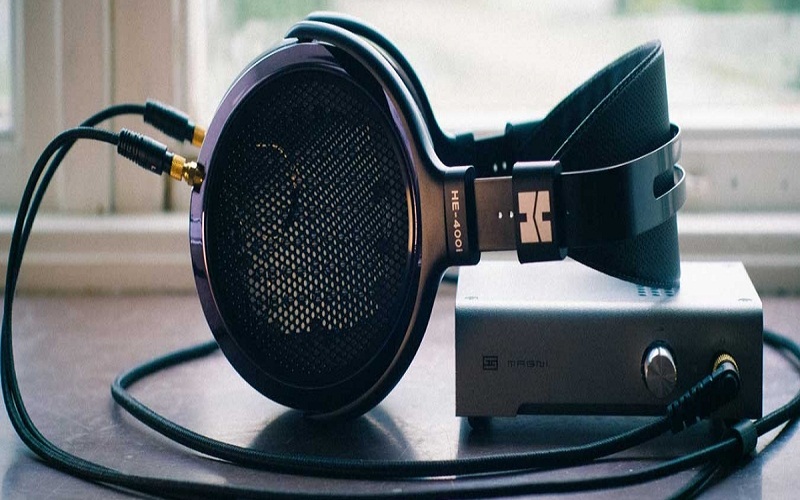 If you want to know how to choose an amplifier for electric bass or guitar. After knowing all the previous points, you must evaluate your budget. In that sense, you should consider your needs as a musician: the spaces in which you will play, the sound you want, the effects you plan to use and your mobility needs.

A combo audio amplifier of transistors will adjust to limited budgets, in addition to being able to transport it with relative ease. On the other hand, a stack amplifier or valve rack will give you great power and sound control. Although you need a larger budget, plus it is more difficult to manipulate and transport due to the weight and multiple connections involved.